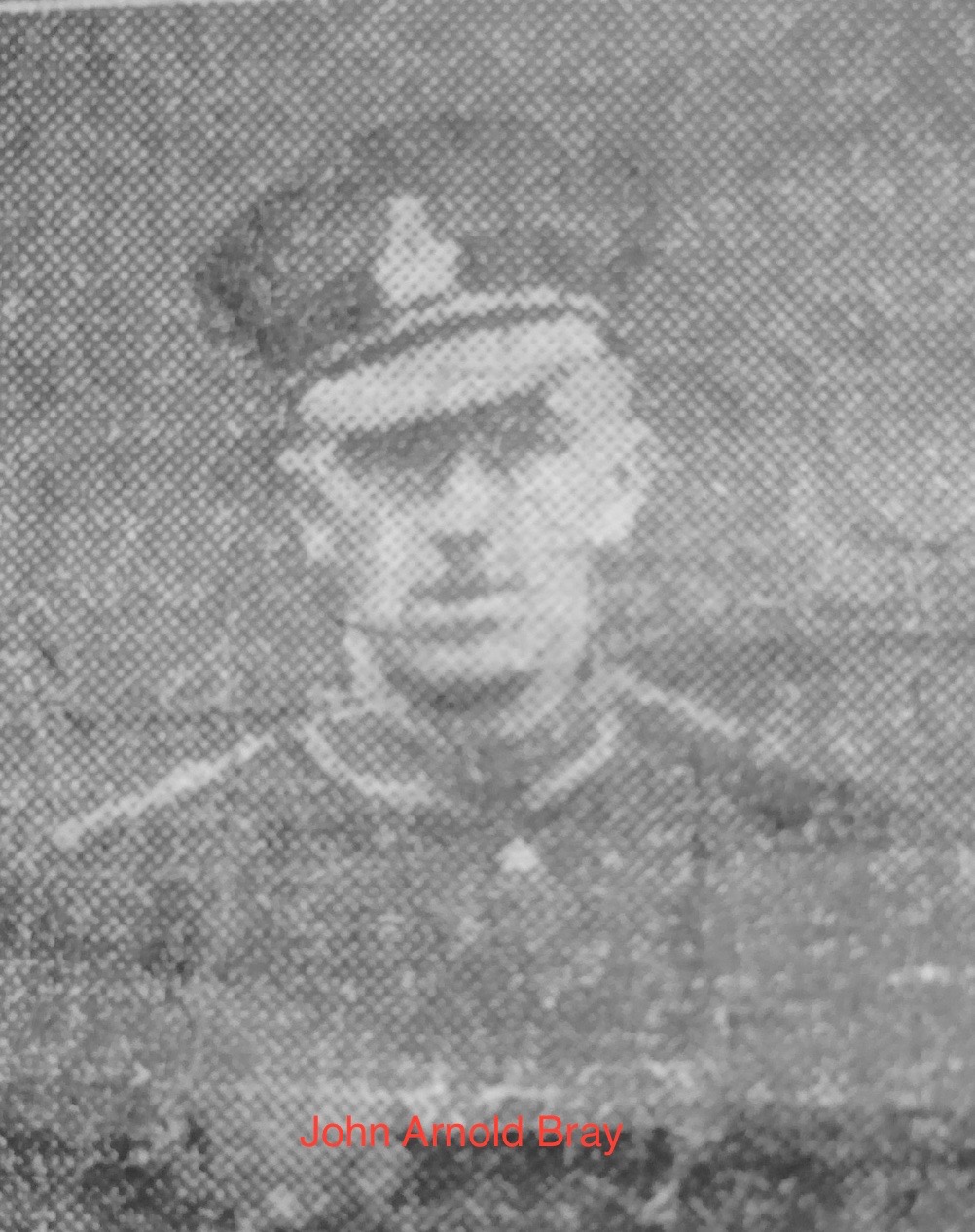 John Arnold Bray of 30, The View, Poolsbrook was born in 1904 in Brampton, Derbyshire. His father was also employed as a coal miner. In 1928 he married Nellie and they had 2 children, Maureen and Philip. John was the  organist at the Wesleyan Chapel and heavily involved in planning the children’s anniversary procession which sadly didn’t take place following the accident. He was popular amongst the village children who called him Uncle Bray.

John Arnold was commemorated on the 26th September 2018. The location of the artwork can be found in zone 21 on the trail map which can be downloaded here.

In 1928, Arnold married Nellie Hickman (1903 – 1985) in Staveley. They had two children, Philip and Maureen. At the time of the disaster, Arnold was employed as a ripper at Markham Colliery, and he lived with his wife and two children at 30, The View, Poolsbrook. Nellie, his widow and two children, still lived at the same address on the 1939 Register.

An article in the Daily Mirror on 13 May 1938 covering the disaster, mentioned Arnold:

“Most of all the village will mourn Uncle Bray. He was the children’s friend. At thirty-two he was a father himself, and he loved the village children. Arnold Bray was the organist at the Wesleyan Chapel. For weeks he had planned for the children’s anniversary procession and service next Sunday, had selected the hymns. Now Uncle Bray is dead, and there will be no children’s procession on Sunday.”