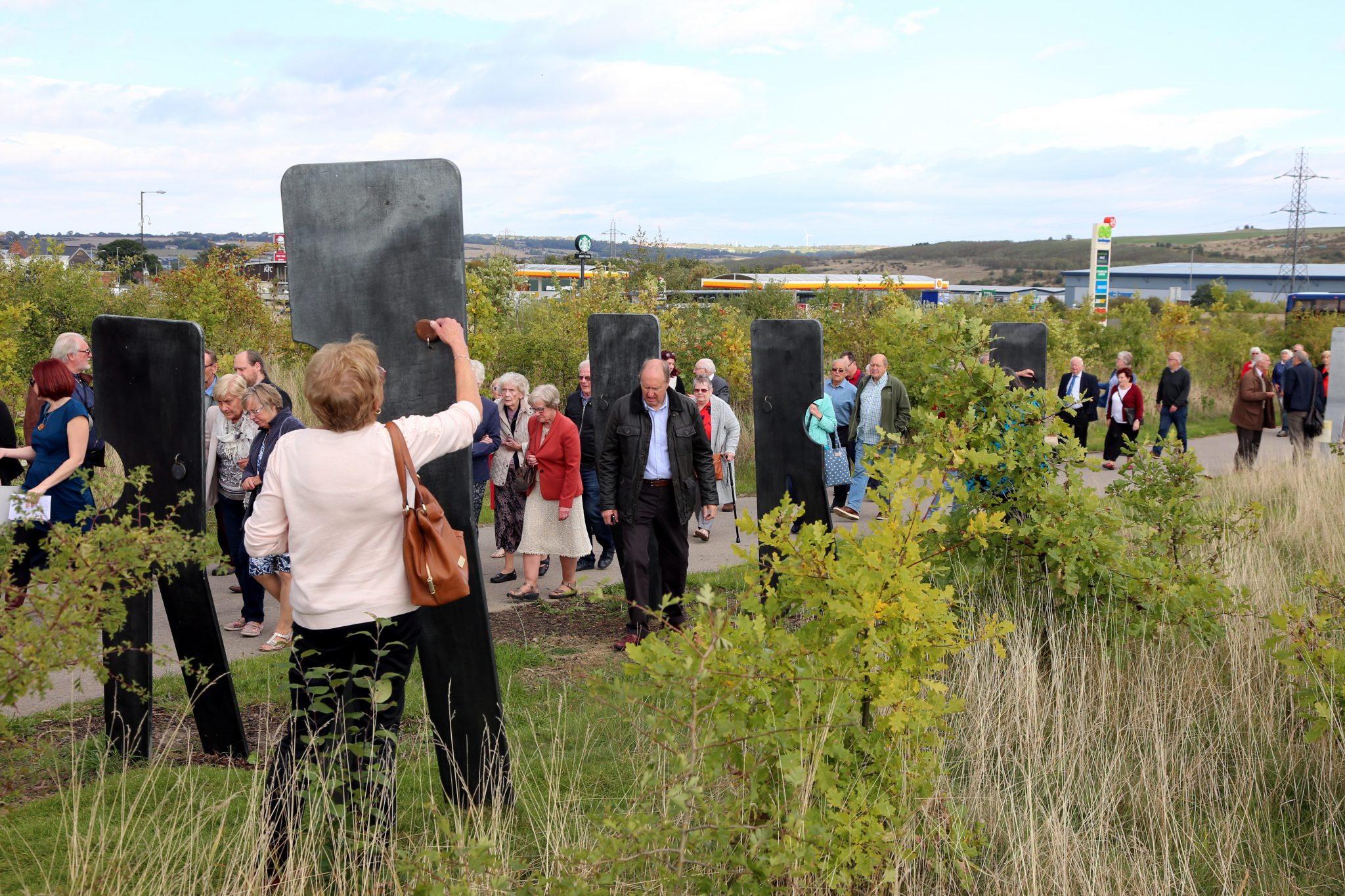 Eleven new life-size steel figures have been unveiled as part of a memorial to miners who lost their lives at Markham Colliery.

The figures were unveiled as part of the ‘Walking Together’ memorial – led by Derbyshire County Council – which will eventually feature 106 figures stretching between the village of Duckmanton in Chesterfield and the former pithead.

Each figure is part of a walking trail which symbolises a miner’s journey to the pit and back home again and represents the 106 men who lost their lives in three accidents at the site.

The former colliery site has now been reclaimed by the county council and Henry Boot Developments and is home to the Markham Vale regeneration scheme which is working to create 4,100 jobs for local people.

Derbyshire County Council Cabinet Member for Economic Development and Regeneration Councillor Tony King said: “It has been a special day remembering the brave men that lost their lives in the three disasters at Markham Colliery.

“It was really nice to meet and spend time the relatives and hear more about each miner.

“I remember the site well. Not only as a place of work but where were great friendships formed.

“We now have 45 figures as part of the memorial and more sponsors are needed so if you’d like to take part and support the project please get in touch – we’d love to hear from you.” 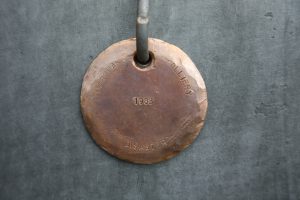 These most recent additions have been dedicated to:

Relatives of the miners commemorated at the unveiling also attended the event to pay tribute. 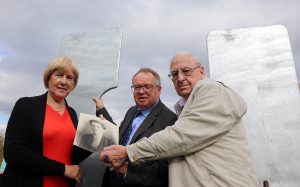 The latest figures have been sponsored by:

The Walking Together memorial has been designed by Cheshire-based Artist Stephen Broadbent.

Anyone interested in sponsoring a figure can contact Head of Markham Vale, Peter Storey by emailing Peter.Storey@derbyshire.gov.uk or by calling 01629 535417 for more information.