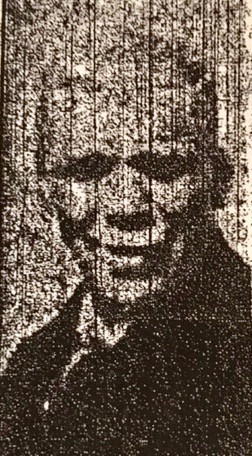 Herbert Brough who died in the 1938 disaster had worked for the Staveley Company for over 50 years. He started work in the pit at the age of 12 years and worked at the Do-Well, Hartington and Seymoor pits before moving to Markham. He was born in 1875 and was a native of Barrowhill. He was due to be rewarded with a long service medal from the St. John’s Ambulance Brigade for all his work with them and his work on the rescue team when the 1937 disaster happened. Herbert died aged 63 years and left a widow Annie Eliza, a son Charles and a daughter Mary living at 41, South Crescent, Duckmanton. Herbert  was buried at Staveley Cemetery.

Herbert Brough was born in April 1875 in Staveley. His parents were Enoch Brough (1846 -1929) and Selina Alton (1847 – 1892). He was baptised on the 3 September 1875 in Staveley. On the 1881 Census Herbert was a scholar at the local school and he was living with his parents and five other siblings at 4 Railway Terrace in Staveley. His father, Enoch was employed as a coal miner and his oldest brother John, aged 14, was already an underground pony driver.

At the time of the 1938 disaster, Herbert and his family were living at 41, South Crescent, Duckmanton. He was employed as a shot-firer at Markham Colliery.

On the 12 May 1938 the Sheffield Independent reported the following:

“Mr. H Brough, of 41, South Crescent, Duckmanton, was 63 and was due to retire in two years. Mrs. Brough said her husband, who had been fatally gassed, had worked for 51 years in the pit. He had been buried on three occasions, and helped in the rescue work after the previous explosion. He was an ambulance worker and was going to receive his long service medal at the annual camp at Yarmouth this summer.”

On the 1939 Register, his widow, Annie Eliza and their daughter had moved from Duckmanton and were living at 282 Hady Hill, Staveley.

Herbert was commemorated on the 22nd September 2016.   The location of the artwork dedicated to Herbert can been seen here. Zone 3.