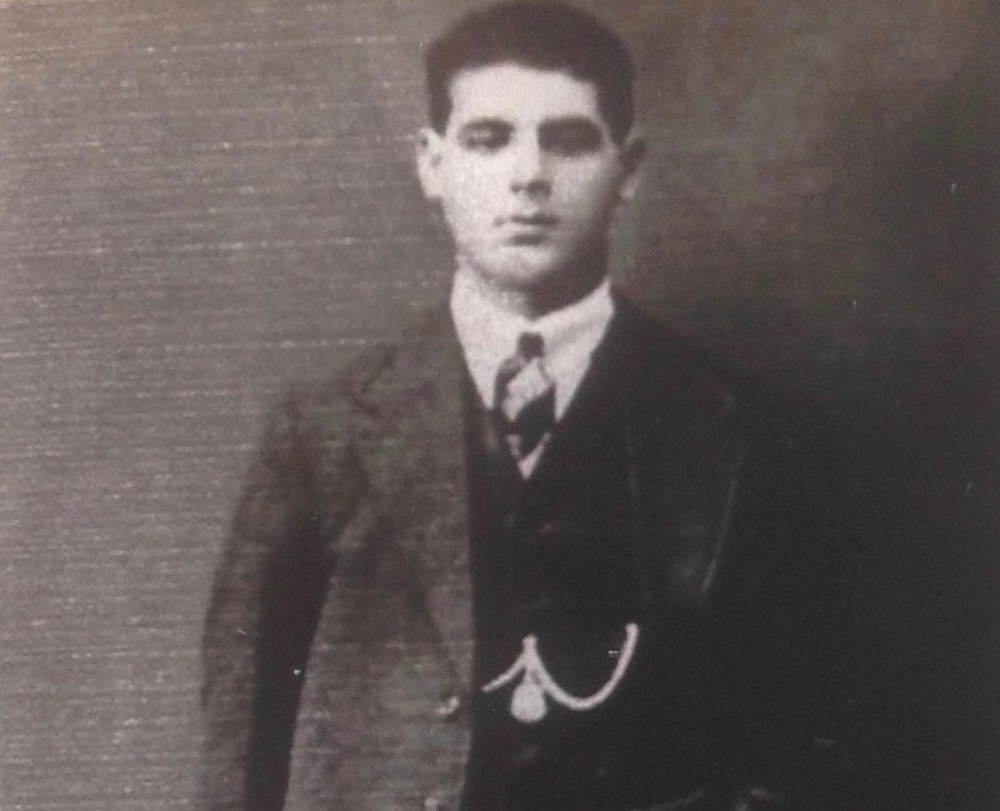 Bernard Gregory lived at Barlborough Common and was a promising footballer until he broke his leg a few years prior to the disaster. He was a native-born resident of the village and was a bachelor. His father was  also employed as a coal miner- hewer, and his oldest brother, George William, aged sixteen was employed as an underground pony driver. Bernard was buried with nine other Barlborough men in a mass grave in Barlborough cemetery on the 14th May 1938.

The commemoration took place on 16th September 2019. The location of the artwork can be found in zone 15 on the trail map which can be downloaded here.

Bernard was killed in the 10thMay 1938 Markham Colliery disaster. At the time he was living at Barlborough Common, Barlborough and was employed at the colliery as a timber drawer. He was unmarried.

Bernard Gregory, Barlboro’ Common was a promising footballer until he broke his leg a few years ago. He was a native-born resident of the village and was a bachelor.

A year after the disaster there was a memorial service in Barlborough in remembrance of the 11 Barlborough victims. The Derbyshire Times 19.05.1939 reported the following:

There was a large attendance of relations and friends at Barlboro’ Church on Sunday evening, for a memorial service in remembrance of the 11 Barlboro’ victims of the disaster. Mr P.E. Hibbard (safety officer) represented the Staveley Coal and Iron Co. and the Markham Colliery. Canon E.G. Walmsley (Rector) conducted the service, and the hymns “O God our help,” “Jesus lives!” and Jesu, lover of my soul” were sung. The organist being Mr. Henry Thompson, who also played “I know that my Redeemer liveth.” Prayers were offered for the bereaved families and for all who are still suffering from the effects of the disaster, and the Rector read the names of the Barlboro’ men who died, the congregation standing meanwhile. The singing of “Abide with me” brought an impressive service to a close.

In the same year relatives placed an ‘In Memoriam’ notice in the Derbyshire Times.

GREGORY. – In loving memory of BERNARD GREGORY, who lost his life in the Markham Disaster, May 10th1938.

“One of the best”

From Hilda and Peggy