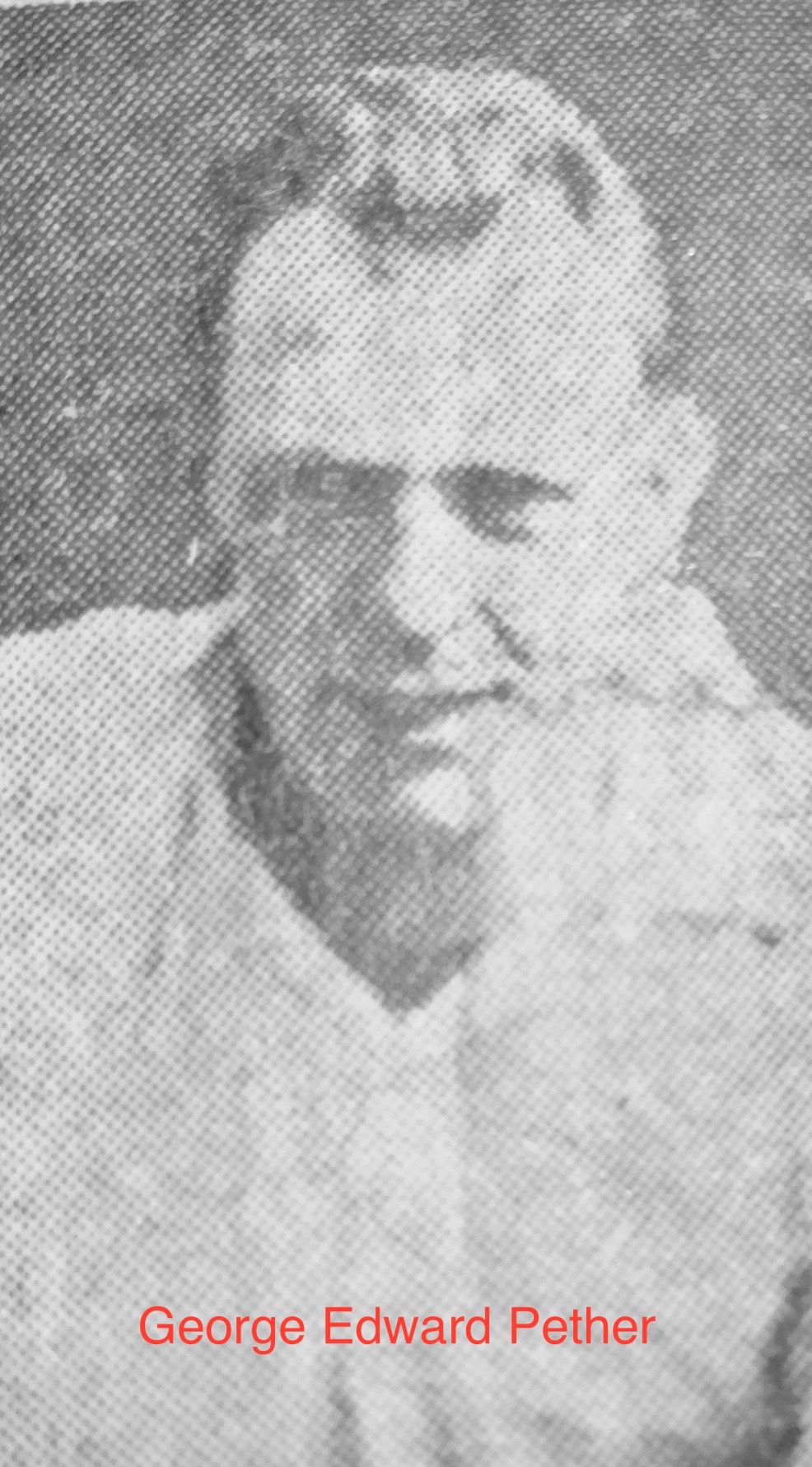 George Edward Pether of 133, Selwyn Street, Hillstown was married to Edna May. They had four children: Eileen, Edward A, Joan and Ann. The funeral of George Edward took place on Saturday 14th May 1938 in the small village of Scarcliffe.

George Edward was commemorated on 26th September 2018. The location of the artwork can be found in zone 21 on the trail map which can be downloaded here.

Ted Pether lived with his wife Louie at 133, Selwyn Street, Hillstown. He wasn’t due to work at the pit on this night but his brother had asked him to swap shifts. John Harris is the grandson of George Edward and Louie and lives in Leicester. He was born 6 years after his grandfather’s death but has fond memories of staying at his grandma Louie’s home. He remembers sleeping in the loft, there were no lights but in the kitchen a big stove that was always hot with free coal from the pit, and with an oven in it, where dinners were cooked and bread was baked. John’s son came with him to Arkwright Working Men’s Club where Frank Milnes had organised a family reunion in July 2018.

George Edward was born in Laughton-en-le-Morthen in July 1907. His parents were Andrew Pether (1877 – 1943) and Millicent Harriett Straw (1884 – 1962). On the 1911 census, George Edward and the rest of the family were living on Muglet Lane in Maltby, which is just north of Laughton-en-le-Morthen. His father was employed as coal miner. In 1933 he married Edna May Parker (1909 – 1969) in the Mansfield registration district. After their marriage in 1933, George Edward and Edna May had four children: Eileen, Edward A, Joan and Ann. At the time of the disaster in 1938, the family were living at 133 Selwyn Street in Bolsover. On the 1939 Register Edna May and the four children were still living at the same address.

A year after the disaster, the relatives of George Edward placed several ‘In Memoriam’ notices in the ‘Derbyshire Times and Chesterfield Herald –

Pether – In memory of GEORGE EDWARD Pether who passed  away in the Markham Pit Disaster May 10th 1938.

Quick and sudden came the call,

His sudden death surprised us all,

Dearer to memory than words can tell,

Of that dear one we loved so well.

From his loving Wife and Children

Pether   – In fond remembrance of a dear son and brother GEORGE EDWARD who was killed in the Markham Disaster May 10th 1938.

We often sit and think of you,

The things you used to say and do,

And wonder why you had to die,

Without a chance to say goodbye.

From Mother, Father, Brothers and Sisters.

The funeral of George Edward took place on Saturday 14th May 1938 in the small village of Scarcliffe. The ‘Nottingham Journal’ on the 16th May reported the following –

In a small farming village three miles from Bolsover the body of G.E. Pether  also a victim of the disaster, was laid to rest in the churchyard of Scarcliffe. The funeral service was conducted by Rev. C.H.Talmay, vicar of Scarcliffe.

Further information can be downloaded here