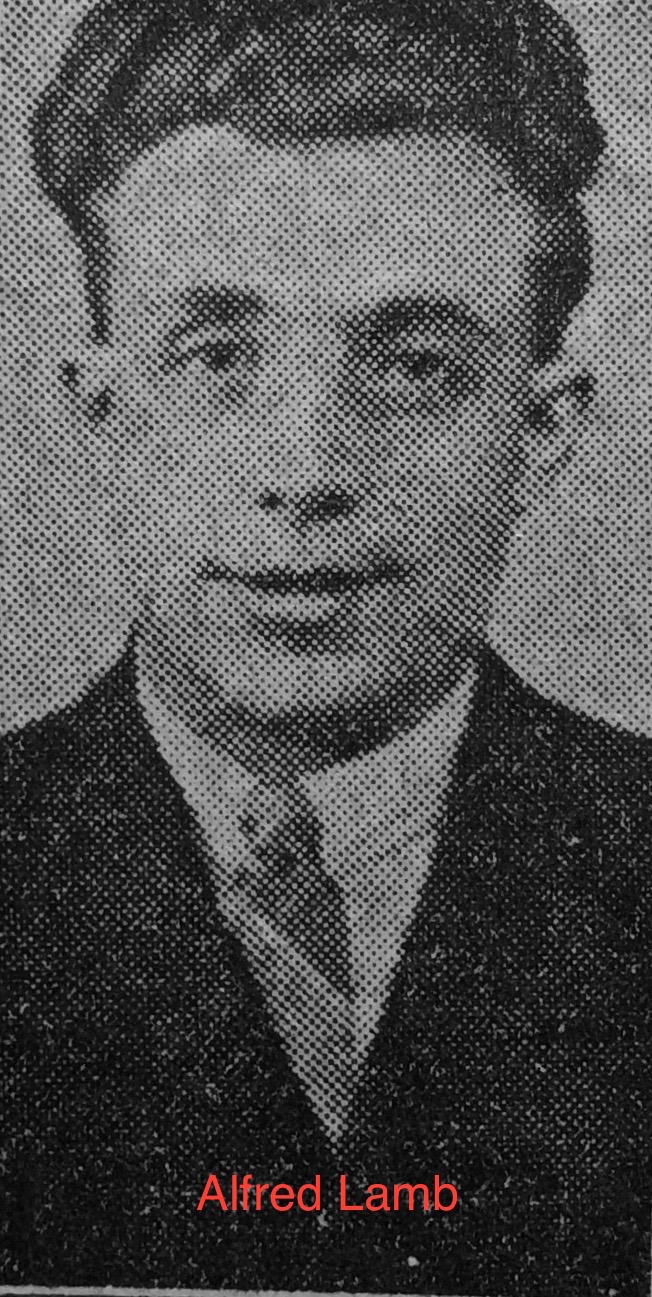 Alfred Lamb of 18 West View, Staveley was married to Olive Fox aged 19 years who had their baby Mavis Alfreda the day after the disaster. Alfred and his wife Olive were members of the Salvation Army and he was a popular band leader. The Salvation Army band led his cortege, his Salvation Army cap was placed on his coffin and buried with him. Alfred died aged 26 years and was buried at Staveley Cemetery.

Alfred was commemorated on 16th September 2019. The location of the artwork can be found in zone 15 on the trail map which can be downloaded here.

Alfred Lamb of 18, West View, Staveley, died on 10th May 1938. He had only been married for one year to Olive Fox aged 19 years. On the day of the disaster Olive was expecting their baby at any time but insisted on sitting at the pit-head waiting for news of her husband. She only left the pit at the very last minute for the nursing home and had baby Mavis Alfreda the next day. Alfred and his wife Olive were members of the Salvation Army and he was a popular band leader. The Salvation Army band led his cortege, his Salvation Army cap was placed on his coffin and buried with him. Alfred died aged 26 years and was buried at Staveley Cemetery.

Alfred Lamb, married, 18, West View, Staveley, was a popular band leader in the Staveley Salvation Army. His wife, aged 19 is also a Salvationist. They had been married 12 months, and Mrs’s Lamb distress is heightened by her expectations of hourly entering a maternity home for their first child. She was to have gone on Wednesday, but postponed as long as possible. In that morning, she was one of the pathetic line of people waiting at Markham in readiness to be called upon to identify her husband’s body, but had to leave at noon, her brother staying at the pit.

Reproduced from the Sheffield Independent (16th May 1938)

In the nearby Salvation Army Citadel a service was being conducted for Alfred Lamb, former local Corps band leader. Fellow bandsmen acted as pall bearers , and on top of his coffin rested the dead man’s Salvation Army cap. The cap was placed in the grave at the request of the 18 year old widow, who gave birth to a baby girl in Chesterfield Maternity home on Thursday morning. “No one else shall wear it” she said to her mother. On Saturday Mrs Lamb received a gift for the baby from General Eva Booth, and from an unknown ‘mother’ a ten shilling note, as well as numerous letters of sympathy.”