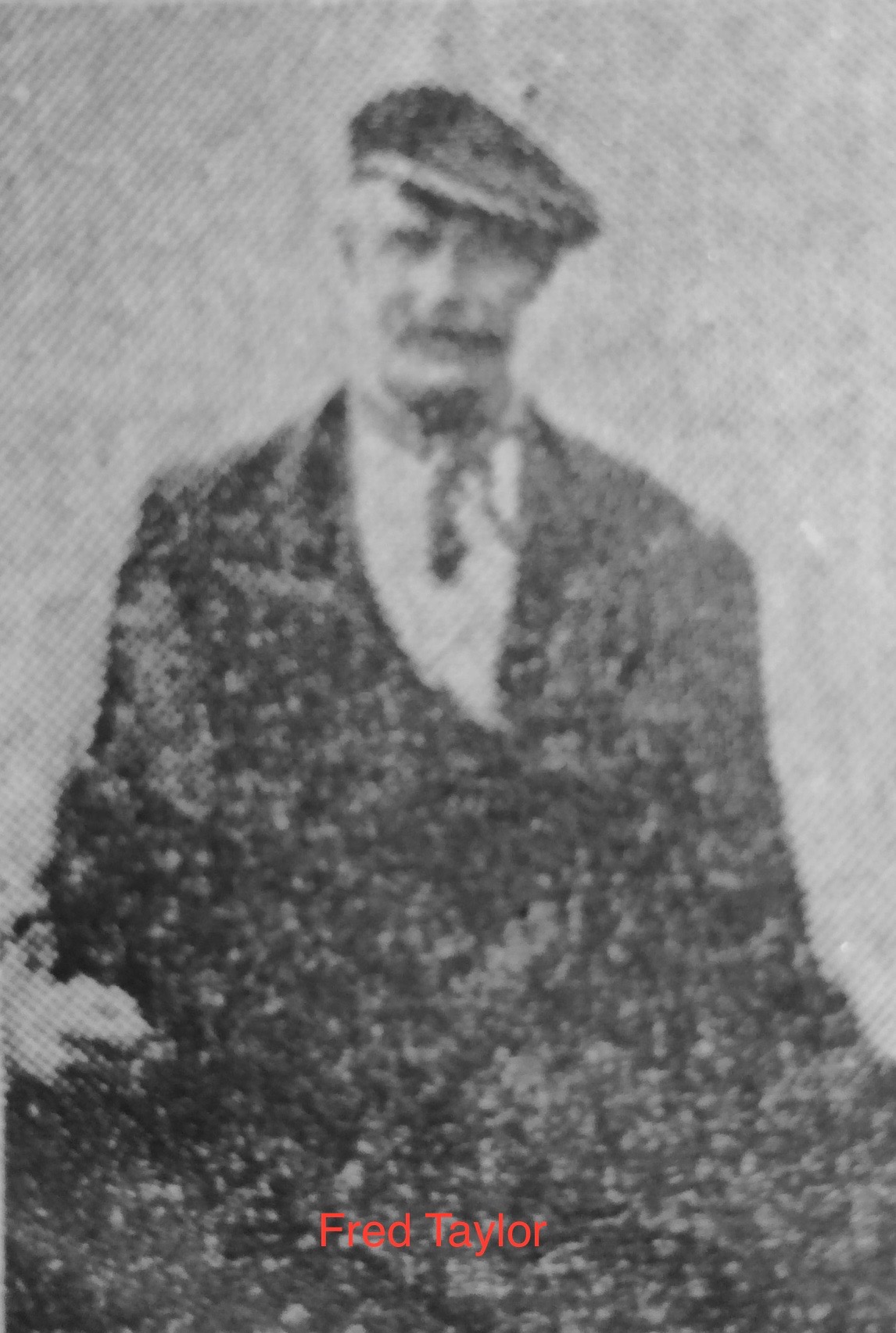 Fred Taylor of 33 Staveley Road, Poolsbrook was born in 1885 in Nottingham and had 7 siblings. Fred married his wife Sophia in 1909 and they had 8 children. Prior to Markham Colliery Fred had worked as an ironstone miner above ground in Caythorpe.

Fred was commemorated on 12th October 2022.  The location of the artwork dedicated to Fred can be found in zone 13 on the trail map which can be downloaded here.

In 1901 the family moved to South Normanton and Fred was a servant at the age of 16.

The census states that Fred was living with Sophia and Winifred aged 5 months in 1911, he was an ironstone miner above ground in Caythorpe.

Some time between 1914 and 1918 Fred, Sophia and their children moved to Chesterfield and settled at 33 Staveley Road, Poolsbrook, Derbyshire.