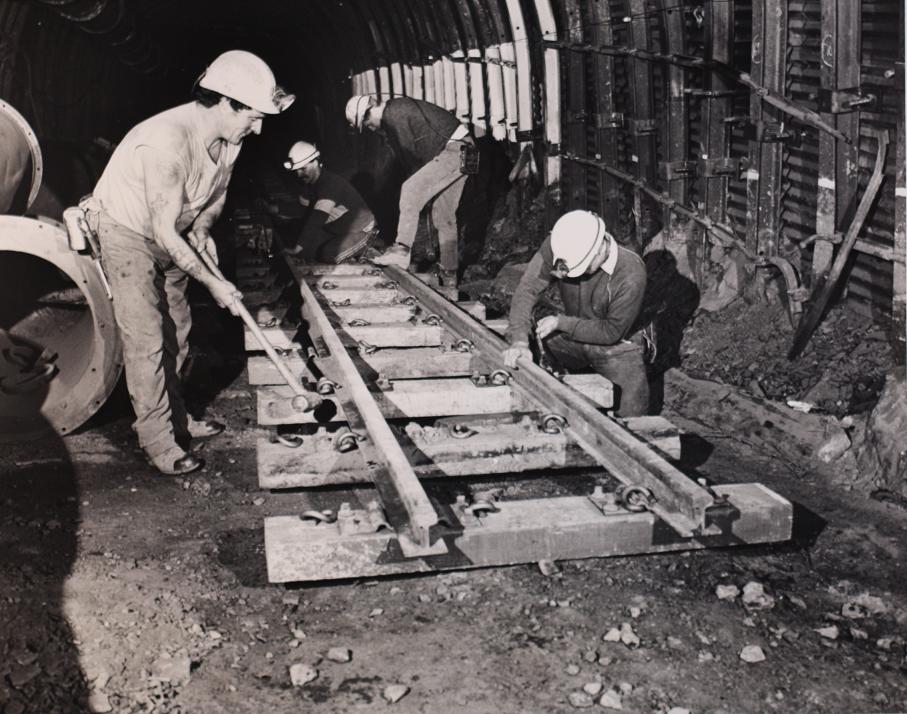 Musician Steve Haywood – “All of my songs have been inspired from my own experience of working down the mine, but also from the stories & discussions within the family who from Grandfather, Father & Uncles spent their working lives at the Markham Pits. Spoken of through laughter & tears these stories that are passed around even today will not be forgotten.”

“ ‘Six O’clock Draw’ – Is dedicated to my Father Allan Haywood – A miner who worked at Markham Pit for 30 years. It is a story of giants of men in spirit and stature, who started their shift on a ride that even Disney would think twice about building. Imagine a thousand foot drop in an open “Cage”, with two or three decks of men falling through the dark in silence through the rattling guide ropes: the morning commute. This was our life.”

Borrow and barter, and old hand-me-downs

A whole way of life where’ve you gone

Scraps from the butcher’s and sieves for the coal

Here’s to a sound you won’t hear any more

Sharing a smoke with the night – shift before.

Before pushing on through:

Through the heavy air doors.

Then head down the shaft, as quiet as church

The ropes they were banging, the rain fell.

The main fan was drawing: it was always topcoats.

As we were descending, as if into hell

Here’s to a life you won’t see any more

The Rope Men, the Fitters, the Tackle – Lads too

The men with the stone – dust, if visitors were due

Here’s to a life; forever written in lore

It’s the life of the men on the six o’clock draw.

Me and my father and our grandfather too

As I look out the window, the landscape has changed

The pitheads have gone, but the spoil heaps remain.

Now they’re carved into mountains and smoothed into lakes.

Where the old pitmen once roamed.

Here’s to a life, that will come no more