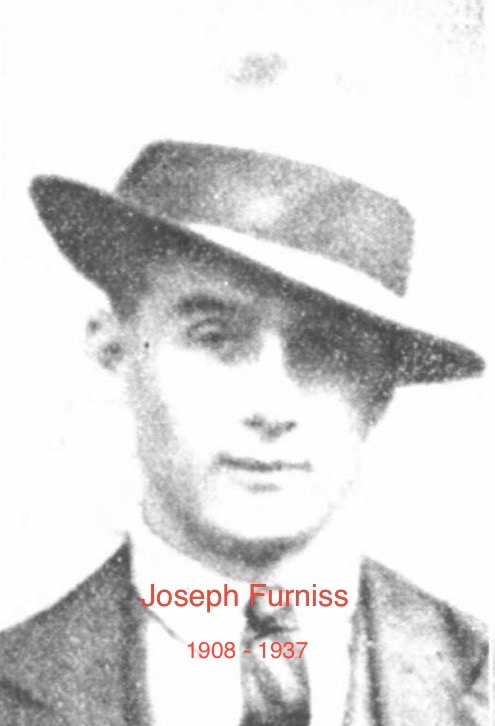 Joseph Furniss of 57, Speedwell Terrace, Staveley was a native of Sheffield and had worked at Markham Colliery for 9 years. He used to play for Markham Sports F.C. and had previously played for Speedwell Old Boys F.C.His father was also employed as a coal miner. Joseph left his widow, Clara, and was buried at Staveley cemetery.

Joseph was commemorated on the 21st July 2017. The location of the artwork can be found in zone 1 on the trail map which can be downloaded here.

Joseph Furniss (28), 57, Speedwell Terrace, Staveley, leaves a widow, but no family. He was a native of Sheffield, and his parents live at Markham Road, Duckmanton. He used to play for Markham Sports F.C. and had turned out for them this season. Previously he played for Speedwell Old Boys F.C. He had been married two years and had worked at Markham Colliery for nine years.

Working on nights for 12 months he only went on day duty a fortnight before the accident.

A service in Zion Methodist Church, Staveley was conducted by the Rev W. A. R. Collins, who later officiated at the graveside in Staveley cemetery.

Further Information can be downloaded here.