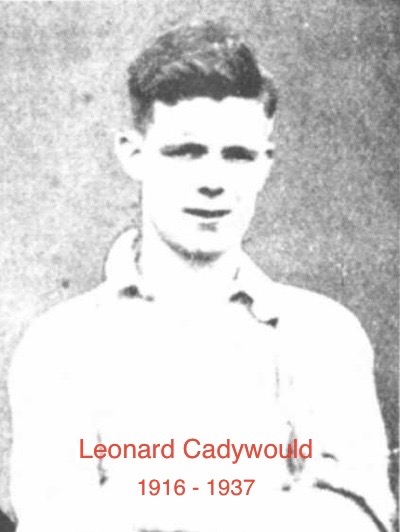 A native of Barrow Hill, Mr Cadywould had lived at the home of his wife’s parents, 43, Poolsbrook, for the past two years. Before that he lived at 2, Furnace Hill, Barrow Hill. From his school days he was a lover of sport, having been a member of the Barrow Hill Juniors’ and Charity Football Clubs and Markham No 1 Blackshale Cricket Club. He played with the Blackshale “Afternoon Haulage” cricket team which defeated the “Electricians” in the “Knock-out” match in the 1935 season. Ill-health prevented him from taking part in outside sport last season. He had been employed at Markham No. 1 Colliery since he left school, and was a very popular workman. He leaves a widow and two children, aged six months and two years. The interment at Staveley Cemetery on Tuesday was preceded by a service at Barrow Hill Ebenezer Methodist Church. The Rev. W.A. Goddard officiated.

At the time of the disaster in 1937 he was employed at Markham Colliery as a ‘Cutterman’ and was living at 43 Old Village, Poolsbrook, which was the home of his wife’s parents.

Leonard was commemorated on 4th December 2015.   The location of the artwork dedicated to Leonard can been seen here. Zone 1

More information can be found here: